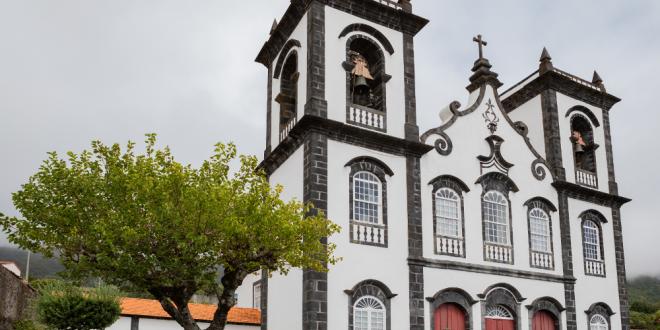 The construction of the Church of São Mateus started after the destruction of the old temple by the volcanic eruption of 1808. It is based on a raised churchyard, with two bell towers and a unique body. Inside, we find the altarpiece of the carving of motifs of plants, painted in gold, blue and pink, as well as the tabernacle in gilded carving. The body in the high choir was built in the studio of the Faial-born Marialino Lima.

The old Church of São Mateus was destroyed in the volcanic eruption of 1808, leaving only its bell tower, which fed several local legends associated with the event. The eruption destroyed some of its foundations, walls and estate, so we do not know its initial architecture.

Today, despite being in private, we can observe the surviving bell tower on the site. A lintel stone from the Baroque period is situated in the  Urzelina Rural Exhibition Centre, with a relief decoration with volutes.

The festivity in honor of the patron saint is carried out on the fourth weekend of September. It is a religious festivity.