Heritage - What to See in São Miguel and Ponta Delgada? Things to See | Visit Azores Skip to main content

Prominent national individuals were born on São Miguel, like the poet Antero de Quental (1842-1891) and the politician and essayist Teófilo Braga, who was elected President of Portugal in 1915. The poet Natália Correia (1923-1993), who stood out for her cultural, civic and political intervention, wrote the lyrics of the Official Anthem of the Azores, singing “From a destiny attained by glory / we will pick more fruits and flowers /as such is the sacred aim /of the stars that crown the Azores.” As for paintings, the highlight goes to those  of Domingos Rebelo (1891-1975), the painter of the famous painting called “The Emigrants.” Regarding sculptures, the works of Canto da Maya (1890-1981) are outstanding. The Carlos Machado Museum, located in the Convent of Santo André in Ponta Delgada, stores the best pieces related to the Azorean culture, and it has important collections related to art, regional ethnography, toys, sacred art and natural history. Definitely one of the things to see in Ponta Delgada.

Ponta Delgada, lying around a natural bay and identified by its three arches known as the Portas da Cidade, stands out for the large number of churches and other buildings. Among them, the baroque São Sebastião Church and the Todos os Santos Church stand out along this architectural tour.

In Ribeira Grande, the chromatic game thickens between white masonry and basalt and ignimbrite stonework. This contrast is visible in churches, such as the Nossa Senhora da Estrela Church, with a monumental staircase and a singular black bell tower. There are also the Oito Arcos Bridge and the iron balconies of manor houses.

The water mills remain as witnesses of the past and can be found in several places on the island. On the Ribeira dos Caldeirões, in the municipality of Nordeste, there is one that has been recovered and is surrounded by the natural beauty of the waterfall along the same stream.

The industries of ceramics and clay works have an ancestral tradition. In Vila Franca do Campo, clay is used in rustic pieces adapted to daily use. In Lagoa, ceramics are decorated with drawings mainly painted in blue. In Ribeira Grande, the tile panels are still painted by hand.

The dolls made with corn leaves, recreating the regional costumes, came from the agricultural tradition. The delicate flowers made from fish scales, used in miniature floral arrangements, came from the fishing industry. 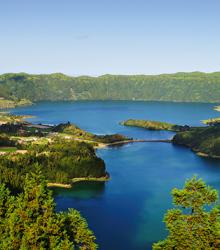 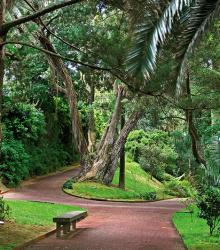 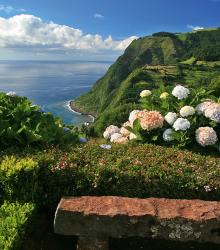 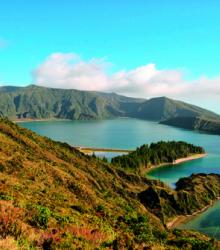 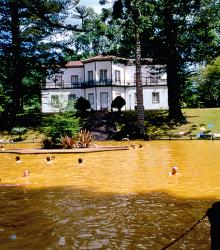 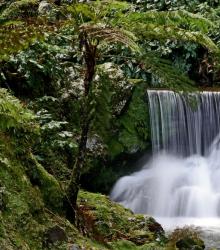 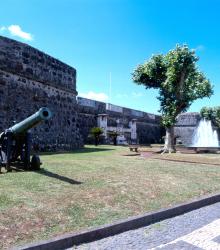 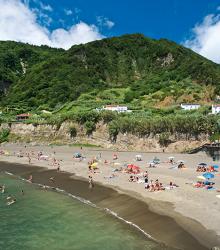 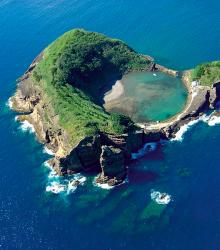 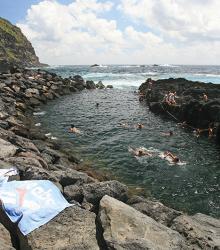 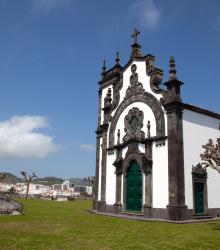 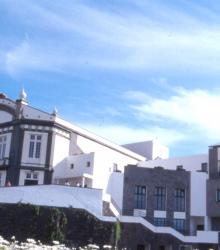